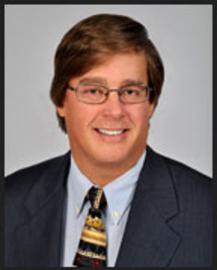 In addition, Carl Price is a third generation operator of a ranch and farm which has been in his family since 1907. He sits on the Board of Directors for the Houston Polo Club. Carl is also an Advisory Board Member for Pathways for Little Feet, a non-profit financial assistance program for families adopting children.

“While I draw inspiration from the past, I focus on the future.”

Carl Price, the Managing Director of Future Acquisition Company which he founded in 2013, has been building successful oil and gas companies for 30 years. He founded his first energy company, Future Petroleum Corporation, in 1985 then merged it with Intermountain Exploration Company in 1992 to become a publicly traded company.  In 1995 Intermountain changed its name back to Future Petroleum Corporation.  Carl merged his business with Bargo Energy in 1998 and served on Bargo’s executive leadership team until the company was sold in 2001 to Bellwether Exploration in excess of $200 million. He founded Future Petroleum Company LLC in 2002, then sold it in 2013 with reserves in excess of 12 million BOE.

Carl has led each company by developing a team with expertise in geology, engineering and land enabling him to make acquisitions, exploit those acquisitions, and initiate drilling programs throughout his career resulting in value adds in excess of $300 million, with reserves greater than 85 million BOE. His extensive experience in land and contract negotiations has been enhanced by his thorough knowledge of aggressive product marketing (hedges, floors, etc.) along with physical and forward contracting. Carl has been involved in active portfolio management including divesting non-core assets, trading non-operated interests for operated interests in core areas, and maximizing value via auction, bid, or negotiations. His financial responsibilities include credit facilities, equity investment negotiations, and mergers.